Going back 20 years to 1999. I was in 6th grade, turning 12 that April which was the age i could legally get a hunting license. My birthday is April 6 and my season opened late April, just in time! I took my hunters safety and my parents told me that if i kept up with my homework they would let me take a day off of school to turkey hunt. I kept up with my end of the deal and they kept up with theirs.

The night before opening day my dad and i took the 2 hour drive north to his friend’s cabin and property where we would be hunting. Just after dusk we went outside and my dad had his coyote howler. He gave a few barks and howls and we were met with gobbles and were able to figure out about where they were roosting.

That night i remember laying in the top bunk wondering how i was ever going to get to sleep, i was so excited. Sleep did finally come, though i can’t remember when. I remember waking up minutes before the alarm was going to go off…which was normal for me when it came to going hunting. Only this time i would be holding a gun!

We got ready and started walking to our spot. Up a hill and over a little creek/runoff only a couple hundred yards from the river. My dad got me set up against a big oak tree and he sat next to me with the decoy about 20 yards out. Once we were all set up it was just a matter of waiting for shooting light.

Right when it was about shooting hours we could hear them fly down off the roost. My dad gave a few yelps and then we waited. A few minutes passed and all of a sudden one head pops up out of the gully. Then another and another, a total of 6 jakes were coming in. My dad hit the call a bit and they all instantly gobbled.

My little 12 year old heart was racing like it never had before. Six turkeys all gobbling at once is enough to get any hunters heart pounding! They came in a little closer and gobbled again. My dad told me to pick one and when i was ready put the bead on his head, click the safety off, and slowly squeeze the trigger.

I was shaking so much from all the adrenaline rushing through me. I ended up having to let off the trigger and take a breath because i was shaking so bad. It only took a few seconds to regain my composure. I lined the bead back up, slowly squeezed and boom, i dropped my first turkey. The first animal i ever harvested myself. 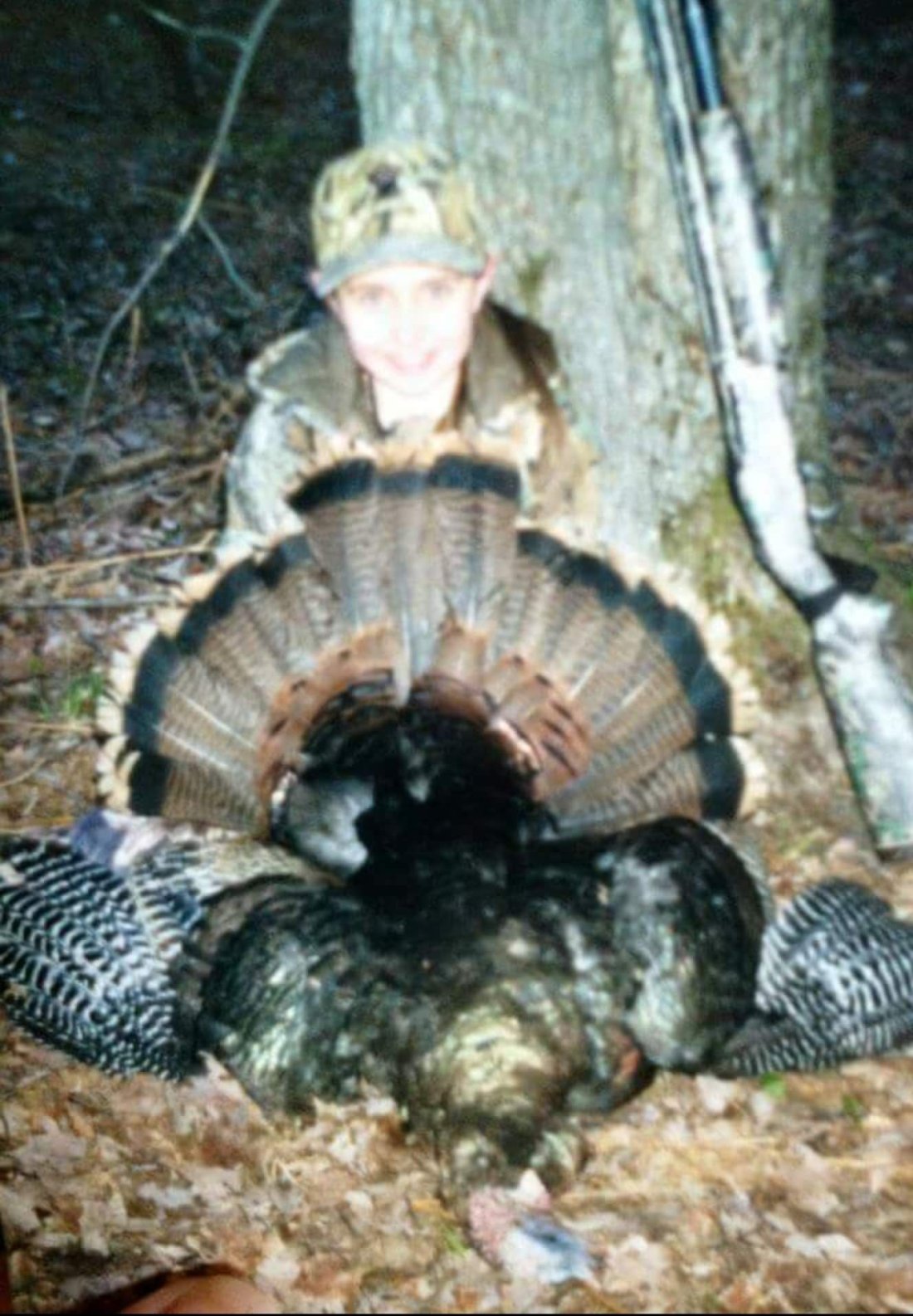 I was so excited, i couldn’t believe it! We sat back down and about a half hour later two more came in and my dad was able to bag one too.

It was still pretty early in the day. Only about an hour after sun up. So we drove back to town and ended up going to my school because i wanted to show my friends my turkey. My whole 6th grade class ended up coming out to see. It was such a different world back then. We were at my school with 2 guns in the back of our vehicle and nobody threw a fit over it (or if they did, i never knew about it).